Basically followed the pattern for these. I cast on 68 sts and changed the double decreases to sl 1, k2tog, psso. These are going to be tons of fun to wear over the holidays. I can’t wait!

Another pretty quick knit for Christmas. This is for my grandmother and I think she’ll like it. The yarn is really soft and had far better stitch definition than I thought it would by looking at it in the hank.

A lot of folks had problems with this pattern, but I purchased it directly from Ysolda, so everything was correct as far as I could tell. I know people also had issues with running out of yarn, but I am a pretty tight knitter, so I was OK.

This was a pretty straightforward knit. I think that if I were to make it again I’d go down a couple of needle sizes on the cowl part, since it’s quite a bit baggier and drapier than I prefer. I do like the long section in front, especially now that it’s colder out.

The pattern called for five buttons, but I only had four of these cute wooden buttons (left over from my Tilted Duster), so I just went with them. I also have to say that my crochet chain/buttonholes didn’t come out half bad. Maybe one day I’ll actually work on learning crochet properly.

The temperature has finally dropped here in Chicago, so that means wearing tons of knitwear!

First up is Gretel, the second. I lost my first one and just had to knit a replacement. In the same yarn. I did knit one fewer repeat on this second version, which I still sometimes regret, but it is by far my most-worn hat during the colder months. 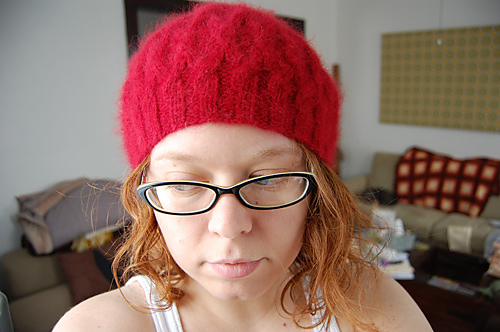 I’m also wearing my Color Craving shawl, which I clearly still do not have FO pictures of. Whoops! It’s incredibly cozy (and I sometimes end up wearing it around my shoulders when I’m at home, too), but I’m not sure the best way to wear it. Right now, I’m folding it double, putting it around my neck, and then pulling the two ends of the shawl through the loop on the other side. It’s very warm and squishy and I’m very glad I knit it. 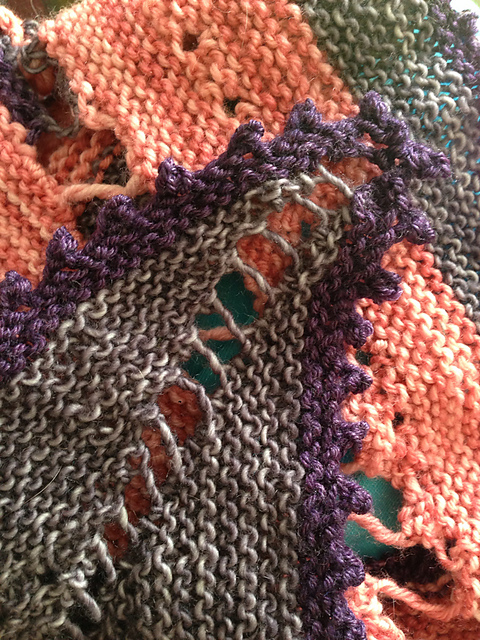 I was also finally able to wear the 2013 mittens I made out of my handspun. The thumbs are a bit snug, but the mittens fit my smallish hands just fine. I’d definitely go up a needle size (or two) if I were to make something similar for someone else. 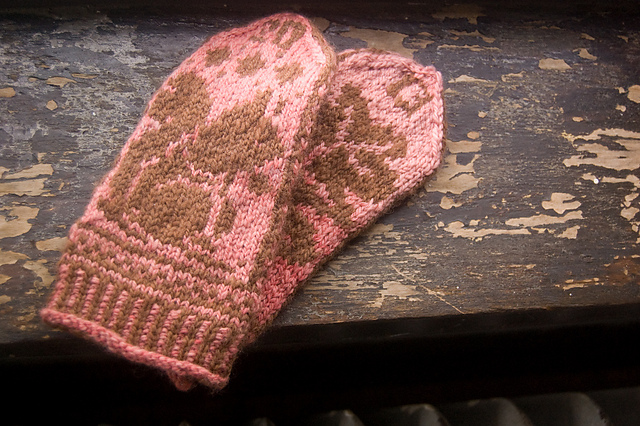 And last but not least, we have my BFF Socks. I knit them as part of a second sock syndrome swap back in 2007 and they’re still in great shape. The second sock for this pair was only the fourth sock I ever knit in sock yarn. Woot! I am thrilled that it’s finally warm enough for me to wear my handknit socks. I have apparently never taken a picture of the finished pair of these socks. I should do that!

So, I guess there you have it. I might do these “what I’m wearing” posts once a month or so, since there are a lot of knits that I wear that I don’t really take the time to think about often.